“There is an excessive concern in monitoring and controlling the execution of the PRR, when the great challenge is precisely its execution”, said José Eduardo Carvalho, who participated in the panel “The role of Business Associations/Companies for the success of the PRR in Portugal ”, during the conference AICEP.2021 Exportações & Investimento, which took place on November 8, in Coimbra.

The president of the AIP also referred to the capacity to evaluate candidacies: “We will triple the public contracting contracts. Does the public administration have this capacity? While so many people are trying to control the execution, no one is concerned about making public procurement procedures and procedures more flexible. We see that 15 percent of public contracts end up in the courts. There is a trend towards judicial litigation of public contracts, which constitutes another risk factor for the execution of the PRR. Many of the works will need to change the planning instruments in terms of land use change. Is anyone concerned about making the processing of these instruments more flexible in order to obtain licenses?”

Asked by the moderator about the support that AIP provides in this area to companies, José Eduardo Carvalho listed the activities that the association has been developing within the scope of the PRR: “A core dimension of AIP's activity is to mediate between public policy and companies and, therefore, stimulate the search for public policy instruments and their execution. Within this framework, AIP has been integrating consortia in mobilizing agendas, in the area of ​​electric mobility and in the area of ​​health. We streamlined and tried to mobilize companies to join these consortia. We carried out a specialized consultancy in the preparation of some of these applications, demonstrating that it is not just the big four that have the skills to work in these more complex processes. We are in the process of training company assets, in the digital area, together with CIP. So far, training has been provided to 2460 company assets. We are organizing training courses for hydrogen technicians, in partnership with Academia do Hidrogénio. We launched, with the Secretary of State for Energy, a roadmap to publicize and raise awareness of the business fabric for the production of hydrogen. We are working with local authorities and companies to mobilize them to present pilot projects until December 31st”.

José Eduardo Carvalho also announced that AIP “is setting up CERS (with municipalities and companies, renewable energy communities). It is this whole panoply of work, vocation, commitment and commitment that an association has to do. AIP is aware of the economic turnaround and the challenges ahead. We have to commit all our resources to making it happen”.

The PRR will have multiplier effects on the economy

The president of the AIP advocated that “the PRR will have an influence with demonstrative and multiplier effects on the economy. But as for the idea that micro and small businesses have direct access, I don't think we should go there. Because it creates disappointment. AIP has now conducted a business context survey. The high expectations and moderate expectations about the PRR are found in large and medium-sized companies. If we look at the segment of companies that went to the mobilizing agendas and are now going to this new competition, which will also be a success from what I see in the market regarding pilot projects for the production of hydrogen, they are companies from a higher segment. Which creates some disappointment in micro and small businesses. But the great lesson that we will learn from this success of the mobilizing agendas is the following: since 2014 we have been saying that it is necessary to introduce minimum dimension requirements to have access to some programs and some incentive systems. What this has revealed is that when the market and business culture, which is resistant to these processes, cannot, public policy can oblige”.

José Eduardo Carvalho concluded by praising the business cooperation that was seen in the candidacies for the mobilizing agendas: “Did anyone think that there was an inter-business cooperation to make 146 candidacies for the mobilizing agendas? People from the Ministry of Economy and Science and Technology have been sensitizing the market to create consortia. The objective was 10. 146 appeared. Of the entities of the scientific and innovation system, eight hundred and such joined. There was an unthinkable inter-company cooperation and cooperation between companies and universities, which surprised everyone. Another limitation that should exist is that the access of universities to public research and development grants should be subject to co-promotion processes with companies. We can't have 90 percent of doctorates that don't come out of universities.” 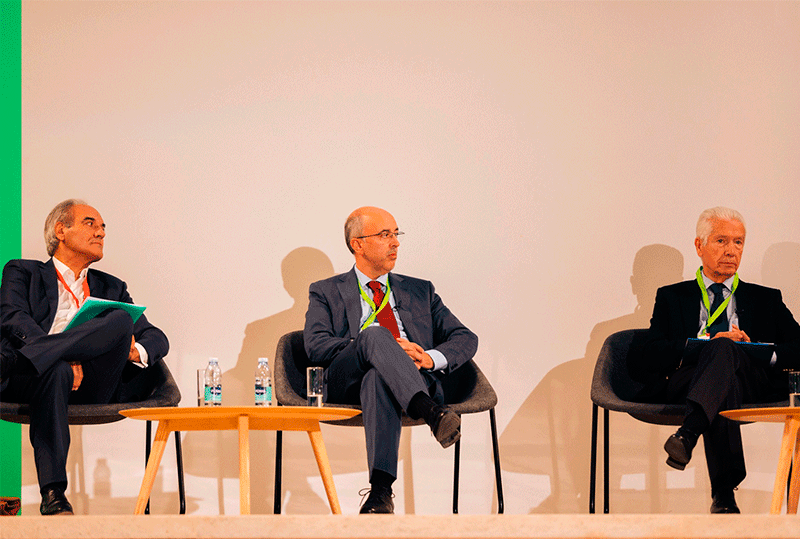